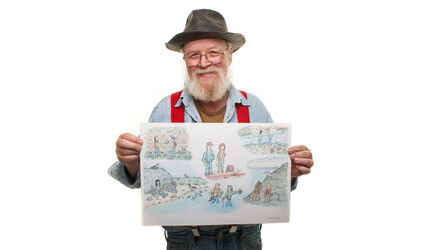 Everyone sees things a little differently and some people are more visually oriented then others. As a kid I was always a doodler and bigger art works are really just a bunch of doodles put together. I learned how to draft in school and did a lot of maps as part of my job but painting I basically taught myself. I work in pen and ink,  watercolours, pencil crayons, acrylics and oils. Whatever I have handy and that the conditions will allow.

I first came to the NWT and Yellowknife in 1969. I had decided to follow a career in mineral exploration because I like the outdoors, the challenge and life style. In 1974 I became a resident of Yellowknife and opened my own one person contract and consulting business. I would work in mineral exploration for half the year and then spend time painting writing and doing my own thing. As well as art I write a weekly newspaper column called "Tales from the Dump."

For me, art can be a lot more than just pretty pictures. It can be a way to encourage people to see the world in a way that they have not seen before. It can tell stories about life in the bush, or Yellowknife at different stages of development. To me art is an important part of the community in that it gives us a sense of place and who they are and what they are doing. It can have a really profound effect on some people.

Walt Humphries first came to the North West Territories and now Nunavut in 1969 working at prospecting and mineral exploration. He also continued to explore new ways of expressing himself through various artistic means such as painting, photography, drawings, mural design and writing. Though originally born in London Ontario, Walt has been living and working across the north since 1969 and since 1974 has been an active member of the Yellowknife arts community. Walt has been a part of several arts shows and has also worked on several public art murals on display in the city at locations such as the Yellowknife Hospital and the Rio Tinto office; he has since become recognized as an established artist of the North with several of his works having been used for posters and publication cover art. Walt is currently the president of the NWT Mining Heritage Society and takes part in teaching prospecting courses to those interested in prospecting, mineral exploration and geology in the NWt and Nunavut. Along with art and prospecting activities, Walt finds time to write a weekly column called “Tales from the Dump” for the Yellowknife city newspaper. 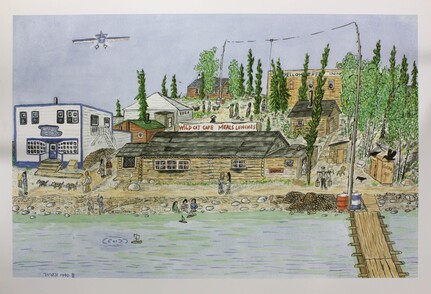 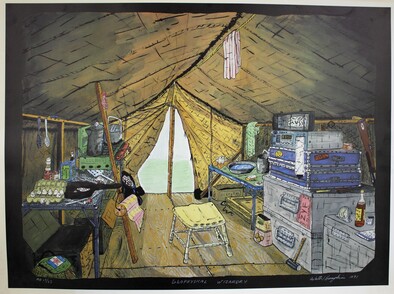 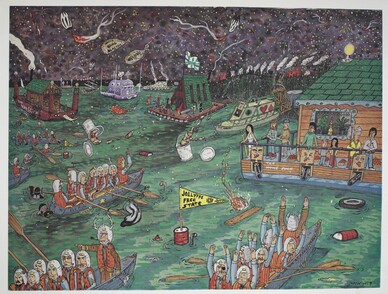 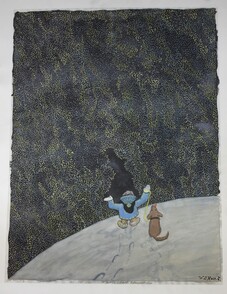 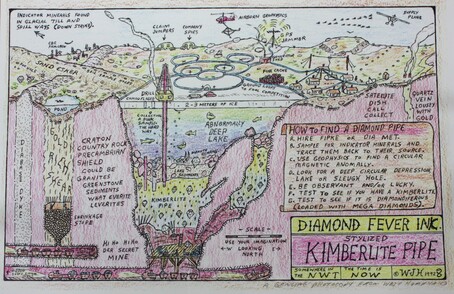 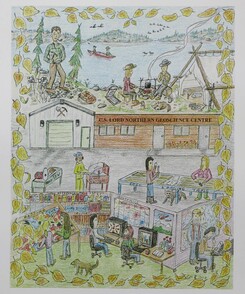 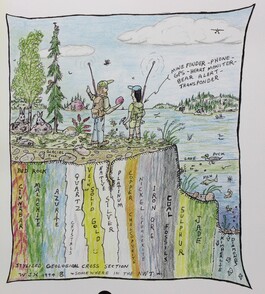 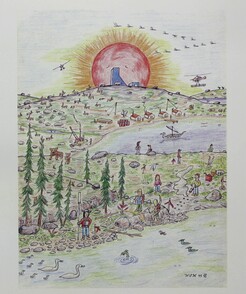 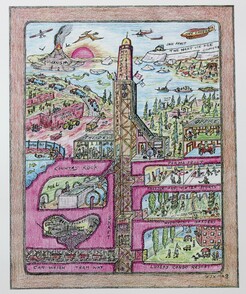 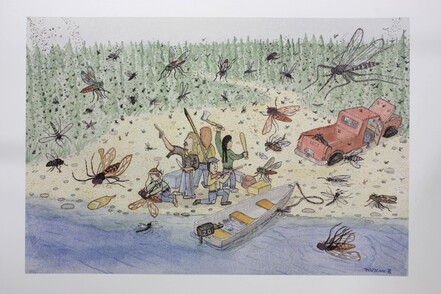