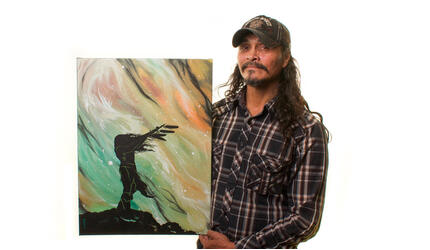 It was the land and the people of my home community which gave me my true inspirations. The land, the skies, the air, the Northern Lights, the sacred animals, and the overall spiritual connections my people had with that life truly inspired me. This is what I most desired to express – how I feel inside. To spark and enlighten my own Spirit has given me a sense of belonging on this planet; this is my spiritual connection that I can share with the world.

Michael Fatt was born in 1966 in Edmonton, Alberta. He is a Chipewyan Dene, Treaty 8, and a member of the Lutsel K’e Dene First Nations, which is a fly-in community located on upper east arm of the Great Slave Lake of the Northwest Territories. He has strong connections with the community of Yellowknife where he lived for many years; the city is a place that has become an influence to his artistic style to this day.

Michael's path hasn't been an easy one; part of the 60s Scoop, he was moved from foster home to foster home throughout his childhood. Michael experienced first-hand the systemic marginalization Indigenous people continue to struggle against: incarceration, child welfare, street homelessness, addiction as he lived in Edmonton, Regina, Winnipeg, Lutsel K’e and Yellowknife.

From the start, Michael had a tumultuous upbringing. Negative influences and difficult circumstances left him feeling lost and alone. He was filled with a sense of having no identity, culture or heritage. No friends or family. No direction or hope.

Yet, his story is one of healing and hope. Michael's art and his spirit are a testament to resilience, cultural revitalization and the promise of Indigenous-led Reconciliation.

Despite the many physical, mental and emotional challenges Michael has faced, he has found solace in his art. Throughout these hard times, it provided an escape from his reality, allowing him to bring his imagination to life.

Drawing inspiration from his home community, Michael’s vibrant acrylic paintings capture the Indigenous spiritual aspects and beauty of the land, sky and people of the North. It’s these aspects of his home that he wants to share with the world through his art. 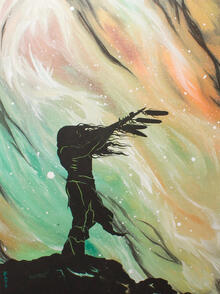 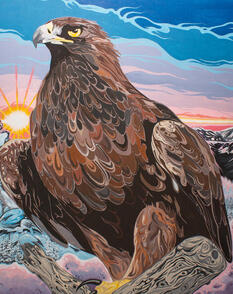 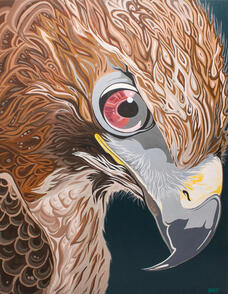