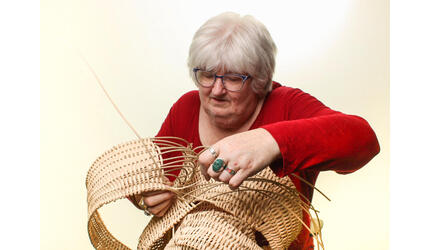 My focus started using wild northern willow to create functional baskets and non-traditional woven forms. The wild willow experience has been expanded through the use of reed, bead, various barks, cattail and other natural embellishments to the willow, the use of white and cultivated willow with wild willow, and using different varieties and weaves to accentuate the northern varieties of willow.

My own personality makes it very difficult to follow a pre-defined pattern in anything that I create. When I start a basket, I may have a general concept of the type and shape of basket and ideas as to the materials and weaves that I plan to use. But once started, who knows what the final creation will actually look like.  Forcing wild materials into precise shapes is not what I want but I choose to let the material tell me how it wants to go.

Through experience, I have discovered that anything can be used to weave. One-of-a-kind reed baskets are created using my own dyed reed. In the fall of 2001, I rediscovered the fun of using cattail, rush, barks and other natural materials to plait and twine. In 2002, I started coiling using a variety of wires and fibres. I have also experimented with alternative bases of driftwood and antler. In collaboration with ceramic artist Astrid Kruse in 2004 – 2005, I explored working with clay as part of the woven process.

The first basketry course I took was in 1979 in Cochrane, Ontario using reed, wooden bases, seagrass and thread. It wasn’t until I moved North in 1996 that I was exposed to creative people again and started with basketry. I’ve traveled extensively to take workshops with internationally recognized basketry instructors throughout western Canada and the US to enhance my predominantly self-taught skills.

Basketry is not enough.  I am well known for my basketry, but I am always willing to try anything once, just as long as it will not become another obsession.  I’ve been known to do a bit of hand-built pottery.  I design my own workshops and find that teaching is part of my creative development as I make a demo basket as part of each class and I have always learned something in each class from student questions. 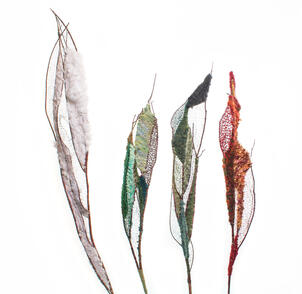 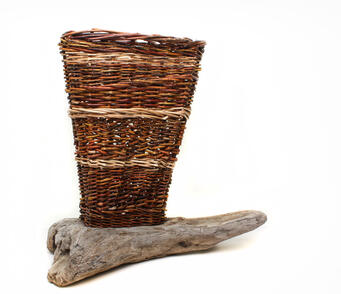 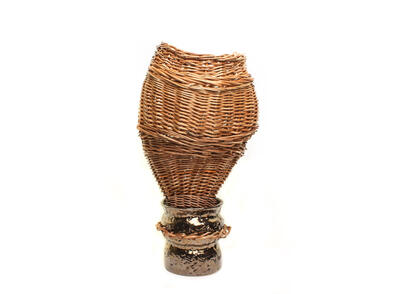 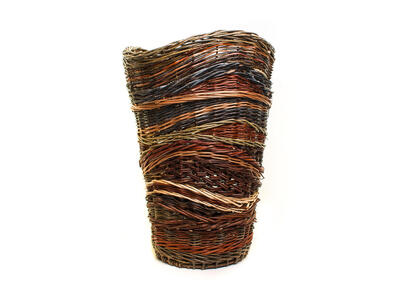 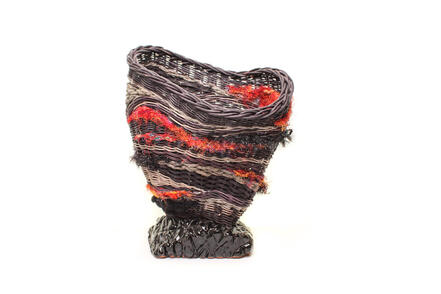 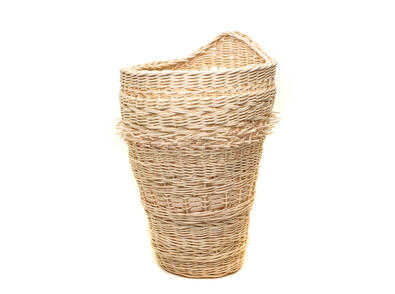