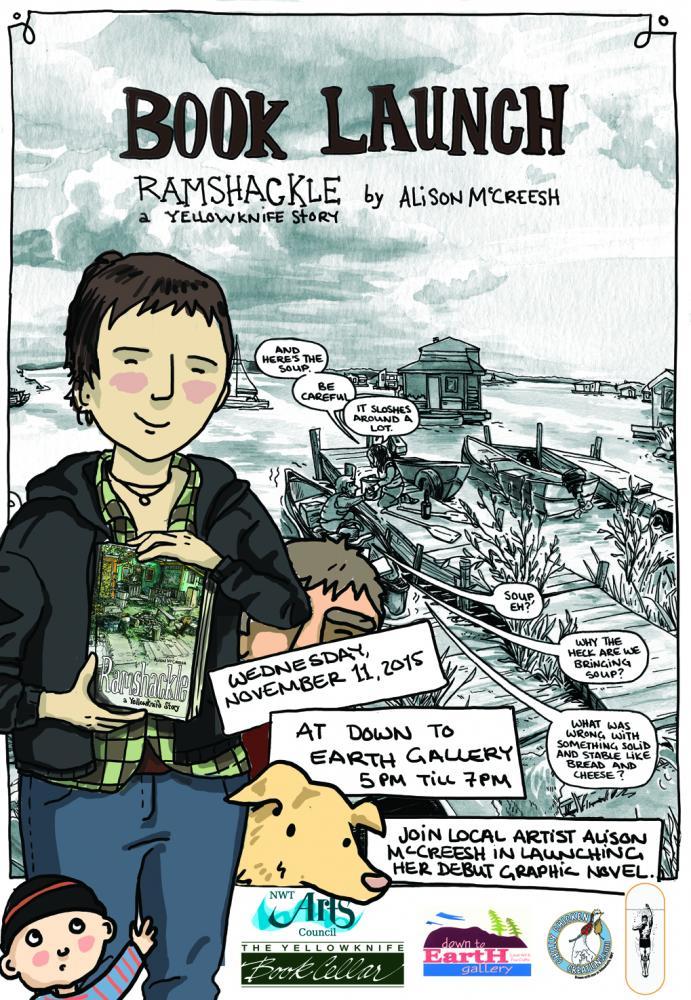 Location : Down to Earth Gallery

About the book launch :

Over the past decade, the North, or at least the idea of it, has slowly made its way back to our

consciousness, a notion that the North is synonymous with a lawless, rugged freedom. But at

are tall buildings, yoga pants, a Walmart and a lot of government jobs. None the less, if you

dig a little deeper, you do find that alternative off-grid reality. Barely five minutes from the

exist without running water and use honey buckets for toilets.

quirky ways in which it seemed possible to live up North. Part travelogue, part comic book,

Since moving to the Northwest Territories in 2009, Alison McCreesh has travelled extensively

throughout Northern Canada and the Arctic. Through her gallery work, illustrations,

sketchbooks and comics, Alison documents and explores the contemporary North. Her work

North of 60: sometimes in confrontation with one another, sometimes evolving in parallel and

shack on the shore of Great Slave Lake – with high speed internet and no running water.