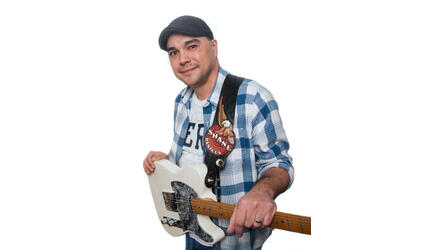 Metis recording artist Shane Daniels has been in the music industry since 1989. His first public performance was on November 25, 1989 at the first South Slave Friendship Festival in his hometown of Fort Smith, Northwest Territories.
As a teenager Shane performed at various community functions as well as bars, lounges, and dance halls in the region. Throughout his career he had worked as a side musician taking on lead guitar and vocal duties for various bands in northern Canada. During these times Shane travelled to many communities throughout the north as well as other parts of Western Canada. As a fulltime musician, Shane played nightly which allowed him to develop into the versatile guitar player he is today.

In 2003, Shane decided to pursue a career in Trades and Technology and throughout his apprenticeship Shane continued to play part time with various bands in need of a guitarist. It was during this time that he started to work in the studio by providing guitar tracks for various recording projects in the North.

In May of 2015, Shane decided it was time to return to the music business and formed his band The Usual Suspects. This group differs from the others that Shane had previously played with… The Usual Suspects gives Shane the opportunity to share the stage with his son Theoron Daniels, who also plays lead guitar and the band has become quite popular throughout the South Slave region of the Northwest Territories. Shane is currently looking at opportunities to break into other markets to showcase his music.

In the fall of 2015, Shane and Theoron began recording the demos of original material which would become This Is Us. The album which was released 0n April 8, 2018 consists of 11 tracks. Two songs (My Best Memory and It’s a Hot Mess Mama) are a collaboration effort between Shane and Theoron, while the rest of the songs are solely written and composed by Shane. Aside from performing the vocals and guitar parts on the album, Shane had taken on the roles of producer and engineer, as well as performed the bass and mandolin tracks and drum arrangements.

On July 20, 2020 Shane released his single – Hindsight’s 2020, which was inspired by the COVID – 19 pandemic. Shane wrote, performed (all instruments), recorded, and produced this song with the intention of giving something positive to the world during difficult times.

Shane’s music showcases his skills as a musician, a songwriter, and producer, as well as his ability to connect with the listener. Shane credits this to the variety of musical styles that have influenced him throughout his career, which range from metal to classic country. The diversity of Shane’s musical influences is evident in his music, and this is what gives his recordings a unique flavor of modern country music.

Shane has performed on the same bill with some of Canada’s top acts including George Fox, Tom Jackson, Blue Rodeo and Charlie Major. 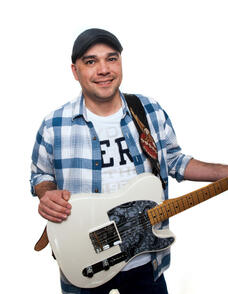 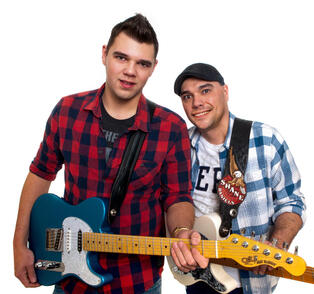