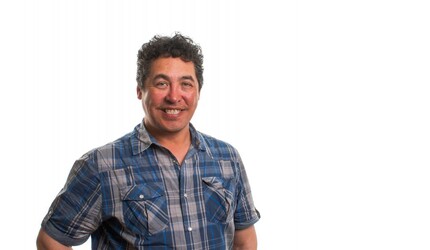 I believe that art is all about your mind and how you look at things, both as an artist and as a buyer of the art. I am a carver. I like to carve feelings and emotions of people in particular. I made a carving a few years ago of an old man who is going home in a storm with his wife behind him in the headwind. You knew they were in headwind not only with their body position, but also certain details and most importantly, their expressions.

I don’t believe there are any rules when it comes to making art. Sometimes I sand, sometimes I don’t. Who says it has to be all shiny? I want to create artwork that will give the owner something they will always want to see and not get bored with. If they don’t like it at some point, they can use it as a boat anchor!

Most of my art is commissioned by regional organizations or governments as gifts to give people. I did a carving for prime minister in 2013. It was a simple carving with limestone from Norman Wells about a man that just reached this side of the country from Asia. He is looking over the hill and just stopped and realized this is a beautiful part of the country. The name of the carving in English is called ‘the first one’.

I like to make work that represents issues in the social world, like domestic abuse or suicide. I really want to do something different but can’t say exactly what that is. There is something that I want to reach. I keep chasing something and I don’t even know what it is. 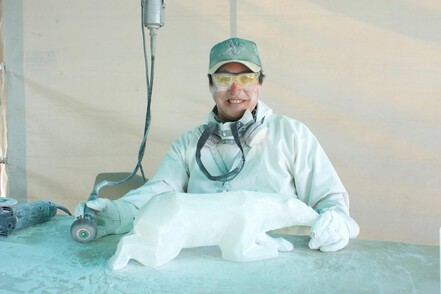