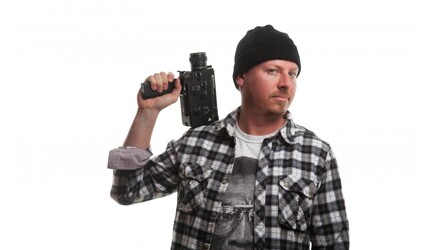 I owe my filmmaking career almost entirely to the North. As for most jobs in the North, it was trial by fire. I started my career cleaning out the garage of a local producer, freezing my fingertips off on -30 shoots and now, I have my own production company. The North is a great place to become a filmmaker because you have to learn to do everything from the start write, direct, shoot, produce and edit. I think we are an industry of very well rounded filmmakers up here as a result and that is unique.

Filmmaking by nature is a collaborative art. There is a certain level of competition in town, because everyone has to make a living but more often than not, we work on each other’s projects. As an industry, have literally brought each other up through the ranks, supported each others visions and that has made all the difference.

In the last 5 years, our film industry has made huge steps forward in becoming a new epicentre for Northern filmmaking. As a core member of the NWT Professional Media Association, we have been tirelessly working with the industry and the GNWT to create an atmosphere for truly creative and professional film work across the NWT. The results of this effort can be seen in local shows being produced 100% within the NWT and played nationally, show such as Dene a Journey, Maximum Limit Fishing and Fur Harvesters NWT to name a few. The whole world is looking to the North for stories and we are uniquely positioned to tell those Northern stories from the inside out.