Robert Kussy makes his home in Yellowknife, the Capital of Canada's Northwest Territories, with his wife Goota Ashoona and their twin sons Sam and Joe Ashoona. His wide range of skills and interests have seen him work at such jobs as an adolescent addiction and solvent abuse councilor, and art teacher in a Canadian prison, a Circumpolar Arts Festival Coordinator, and founder of the first out door soccer tournament for children in the Canadian Arctic.

"I tend to find myself drawn to things which involves people...travel, art, culture, my family and my community. My own art work seems to have evolved from those interests."

As a Northern Artist, he is well known for his wide range of intriguing sculptures fashioned from whalebone, and working alongside his wife and son Joe at the family art studio which annually entertains in excess of 1000 visitors from around the globe. He is highly regarded as a talented restorer of Inuit Art, and gained wide spread recognition as a coordinator and participant of many National and International Projects, Festivals, and specialized exhibitions of Northern Art. His specialized activities regularly bring him into contact with Inuit Art Gallery Owners, Museums, Inuit Art Curators and Collectors, National and International Arts and Aboriginal Organizations. He collaborates quite regularly with Northern and Canadian Artists on Specialty Projects and is deeply involved in projects that involve his wife and son, who are part of Canada's most successful and decorated multi-generational Inuit Art Family. Together they work from a foundation of significant artistic accomplishment and achievement that is over a half century old and which serves as an inspiration and reminder of the roles of Northern Canadian Artists.

"For the past fifteen years we have entertained many thousands of visitors to the North, who have sought us out to see what happens in an Arctic Art Studio. They come looking for a truly unique Northern experience, hoping to meet local artists at work, talk with them, and see the art and hear the stories that have become synonymous with production of fine art by Northern Canadian Artists."

A quarter of a century working with soapstone and carving materials native to the North has resulted in a large body of truly Northern work that has found a large and appreciative audience. Bowhead and Beluga Whale Bone, Walrus Ivory, Caribou Antler, Musk Ox Horn, are all worked into uniquely animated portrayals of Northern Life. Bob's Carvings have been carried by many leading Canadian Art Galleries in the last 25 years. Many National and Northern Canadian business offices showcase many of his larger works. The inspiration for his art work comes from a wide range of aspects of Northern life and culture - both past and present, and family history. He has become very well known for his fine work as a restorer of Inuit Art, and he has a strong knowledge of older Inuit Art and Artists. He is a a recognized Northern leader in developing successful specialized Northern Arts Projects and Events at Regional, National, and International levels and consults with scores of individuals and agencies in the capacity of an acknowledged Northern and Inuit Arts Expert.

In twenty-five years of working as a Northern Artist there have been several noteworthy moments: Leading the first Territorial representatives to to North America's largest annual sculpture show; working closely with the Canada Council for the Arts honoring lifetime achievements by Northern Artists; having work selected for the National Art Bank and for the Governor General's residence; coordinating an International Circumpolar Arts Festival at one of Canada's leading cultural institutions; representing the NWT, his community and neighbors at events featuring visiting dignitaries, leaders, and celebrities at charitable, arts, educational, and specialty events.

Recently Northern Art Documentaries on Bob and his family were posted on the Internet at the Short Film and Documentary site - "You Tube". In early 2009 they were featured in the Canadian Arts Magazine "Galleries West", and the Federal Tourism Magazine- "Pure Canada" - which had over a quarter of million issues circulated world wide.

At present Bob has a host of projects on the go with his wife and son: An upcoming permanent installation of the Family's Art at the Edmonton International Airport; an upcoming cultural art exchange to the Queen Charlotte Islands at the request of the Haida Council of Chiefs- to carve with the Haida and showcase their recent whalebone carvings in the new Federal Museum located on Haida Gwaii; working in support of his wife's recent selection by the Ford Foundation to showcase her talents as an Inuit Artist at a major American Museum; managing operations at the new location for the family carving studio; celebrating the 50th Anniversary of the first Eskimo Art Exhibition in the world which featured Eskimo Artists - his wife's father and uncle were the Artists; looking towards participation as cultural representatives at the 2010 Winter Olympics.

"After more than twenty-five years of making art in Yellowknife, my role as Northern Artist has become remarkably clear. I am the face of my community to the scores of visitors we entertain at out studio, and at events across the Continent. This is something I pride myself in; that we speak for the Territories, our community, and the friends and neighbors that have supported us a professional artists for a very long time; that I am fortunate enough to work alongside my wife and son as they continue what is surely one of Canada's most outstanding artist stories. I am my son Joe's art teacher, role model, business partner and take pride in watching what he creates and how he conducts himself professionally and privately. Making Art in the North had enriched my life in indescribable ways. It permits me to travel and see the world in a most unique way -as a Northern Artist. Making art as a Northern Artist has helped define my role as a Canadian, and allows me to constantly seek to aspire to more rewarding experiences and opportunities."

Bob and his family want to entertain our Nation's guests, and provide the Visitors to Canada with a matchless experience - Canadian Art, Culture, History, and Northern Hospitality, all rolled into one.

We regret to advise readers that Bob has passed away. His profile remains in his memory. 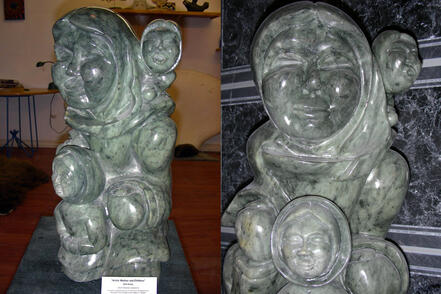 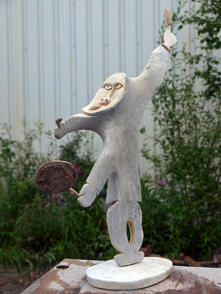 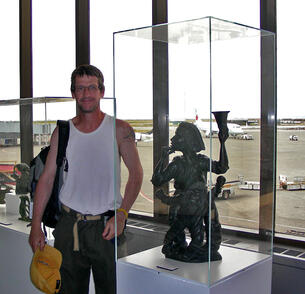 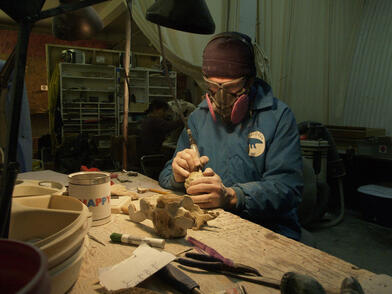 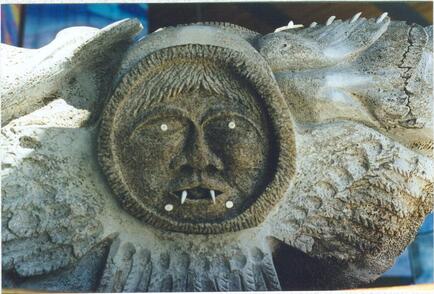 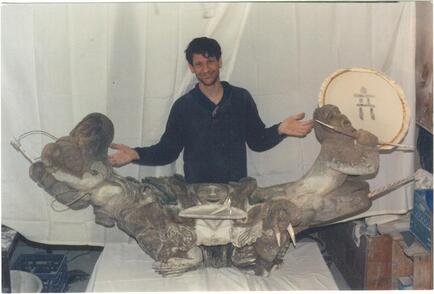 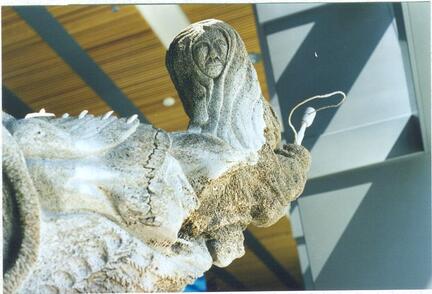 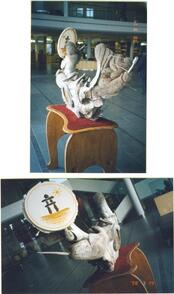